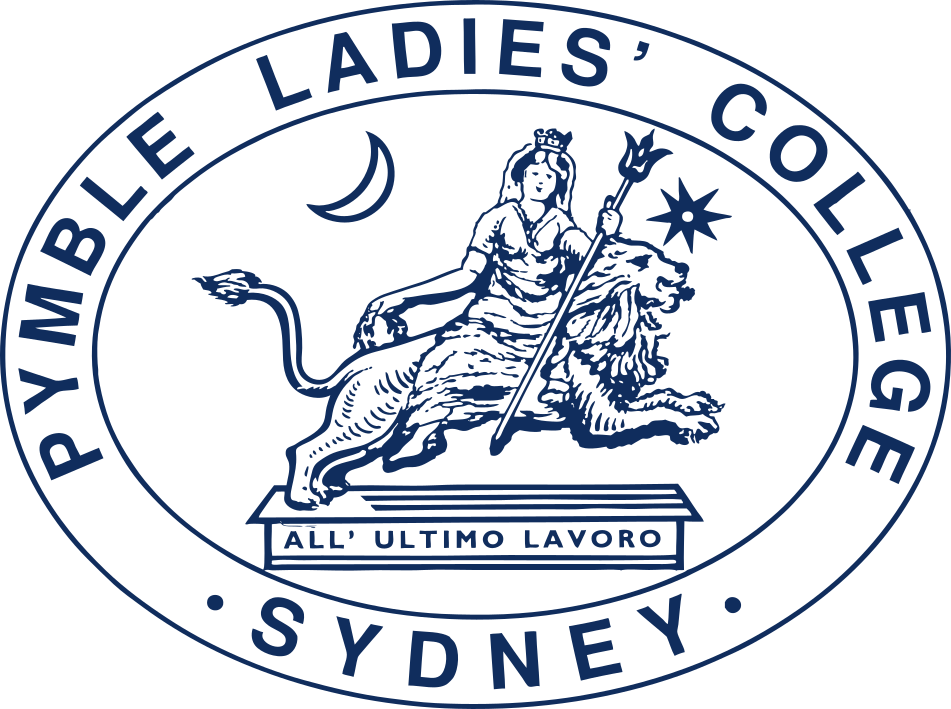 All’ Ultimo Lavoro: Strive for the highest.

The tower on the maiden’s head denotes the home, as the crown of womanhood.

The maiden on the lion, crowned with a tower and holding the trident, denotes the victory of true womanhood, whose crown is the home, over force.

The whole badge represents Dr Marden’s conception of the true sphere of womanhood. The true purpose of girls’ education was, in his mind, to produce a pure, noble and gracious woman, whose influence would be for the best and highest, endued with the spirit of true strength and helpfulness, shedding forth light upon all around her. Thus would she fulfil his ideal for her and the girls of Pymble, uplift the standards of the nation, making the home the centre of a fine and spiritual influence which would react upon the outside world. Thus would the Pymble girl become the ideal also dreamt of by the poet, who writes:

“For she unto herself hath builded high
A home serene, wherein to lay her head.
Earth’s noblest thing ~ a woman perfected.”

The Origin of the Motto “ALL’ ULTIMO LAVORO” is Italian from Dante, broadly interpreted as Strive for the highest. This was selected by Dr John Marden, the founding Principal of the Presbyterian Ladies’ College, Pymble, for use by both PLC Croydon and in 1916 Pymble.

What to explore next?