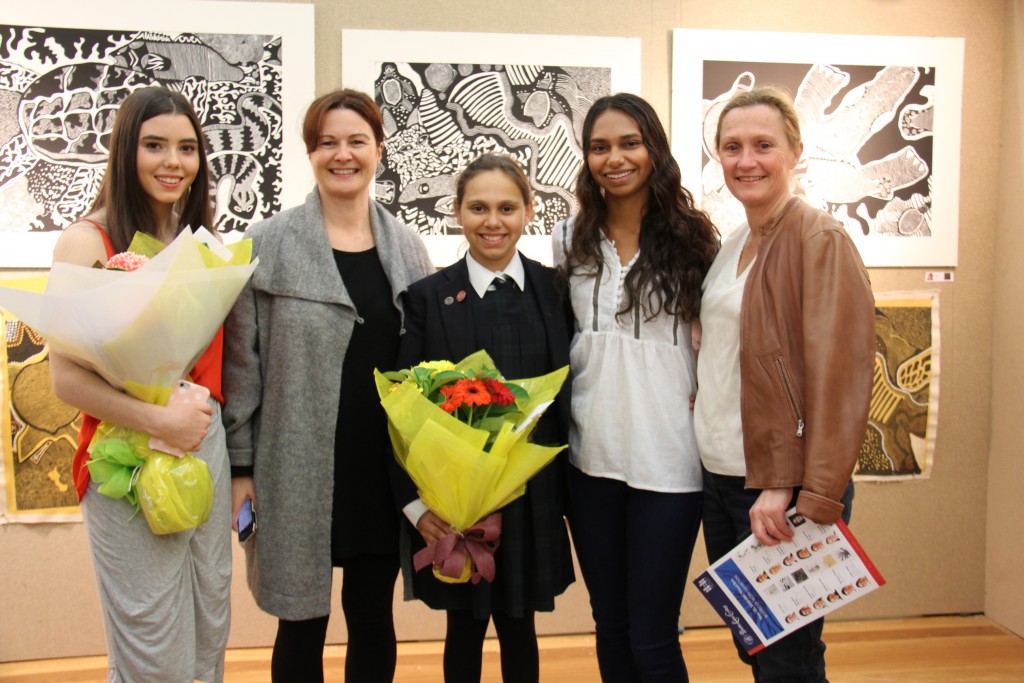 An Indigenous Year 12 scholar from the remote Daly River region in the Northern Territory, has had her Visual Arts major work selected for ARTEXPRESS 2017.

Mary Kerr boarded at Pymble Ladies’ College from Years 7 to 12 on an Australian Indigenous Education Foundation (AIEF) Scholarship, one of only four Indigenous Scholars to have completed six years of secondary education at the College to date.

As the oldest of three sisters who are all AIEF Scholars at Pymble, Mary has been an outstanding role model for her younger siblings and a proud ambassador for Indigenous people.

Her major work, Marrithyel was inspired by the Marrithyel tribe in south-west Darwin, from which she is descended.

“Mary is an accomplished all-rounder who has embraced a breadth of opportunities at the College, including going on student exchange to New Zealand, myriad co-curricular sports as well as speech and drama performances,” said Principal, Mrs Vicki Waters.

“She has also pursued her passion for the arts to great success, and is to be congratulated for her inclusion in the ARTEXPRESS exhibition.”

During her time at Pymble, Mary supported the College’s social justice program and volunteered for the Aboriginal Literacy and Numeracy Foundation, Red Cross and Legacy.

“We have watched Mary develop as a leader within her age group,” said Mrs Waters.

“She always steps up to help others and has enriched our lives by sharing her culture and heritage with the College community,” Mrs Waters said.

Pymble’s Indigenous Scholarship Program began in 2007 to provide Leadership and Performance Scholarships for Indigenous girls in remote and regional Australia. In 2016, 18 AIEF Scholarship holders were enrolled at Pymble.

“Our vision is for Indigenous and non-Indigenous students to be educated side-by-side and to stand together as future leaders of community and country,” said Mrs Waters.

Mary looks forward to embarking on a career in Medical Sciences, with her ultimate goal to become a doctor and enhance the health and wellbeing of her people.