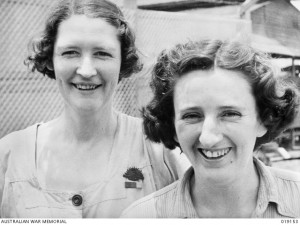 Mavis Cullen was a boarder who attended Presbyterian Ladies’ College at Pymble in the 1920s, leaving in 1928.

Lieutenant Cullen served in the Australian Army Nursing Service in War World II. She was a Prisoner of War interned at Yokohama, having been captured at Rabaul. She was liberated on 4 September 1945.

Mavis was recognised in the Commonwealth Government Gazette on 4 March 1948 for mention in despatches for services rendered at Rabaul in January 1942 and subsequently whilst a Prisoner of War.