These videos featuring stories from members of the Pymble community, both past and present was released throughout 2015 in the lead up to our Centenary Celebrations in 2016.

Mrs Sabina Turner (Scales, 1973), Director of Co-Curricular Performing Arts at Pymble reflects on her years at the College as a student in the 1970s and later as a teacher.

Kate’s three daughters and several nieces all attended Pymble, making her connection with the College from 1916 to 1999 a total of 83 years.

Bertie Cecil Lloyd was born in Manly 14 November 1912. Her early schooling was at the Hillview College, which later closed.

After the family moved to Gordon, Bertie Lloyd attended Presbyterian Ladies’ College at Pymble during its first decade, leaving in 1928 due to illness. Bertie’s sister Gwenyth also attended the College, leaving in 1934, and her great-great niece is a current student at Pymble. Bertie became a close friend of former student Dame Joan Hammond, with whom she corresponded over Dame Joan’s lifetime.

After Bertie was discharged, she continued her work with the VAD for a decade, nursing returned servicemen. Her narrative of her life and war service prove enthralling listening and was recorded in 2004 for the Australians at War Film Archive, University of New South Wales.

Bertie describes caring for her family and working post-war in nursing homes, a ski shop, in cosmetics for Lancôme and Estée Lauder, and in antique shops. She was still working in a Gordon antique shop into her 90s. In later life, Bertie lived at the Lady Gowrie Retirement Village in Gordon.

“We were proud of everything we did at PLC. We were taught to respect our parents, our teachers and to love our school. I am proud to be a Pymble girl.”

Bertie was just shy of her 105th birthday when she passed away and she will always be remembered as a treasured member of the Pymble community. 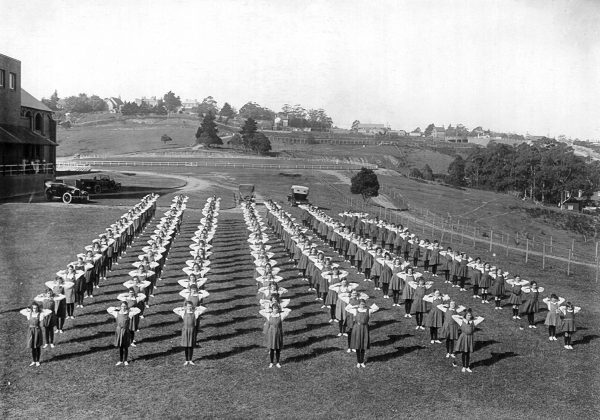 Pymble Ladies’ College is a school of the Uniting Church in Australia.