Pymble Ladies’ College is a school of the Uniting Church in Australia.

It opened with 60 girls on the roll, 20 of whom were boarders. 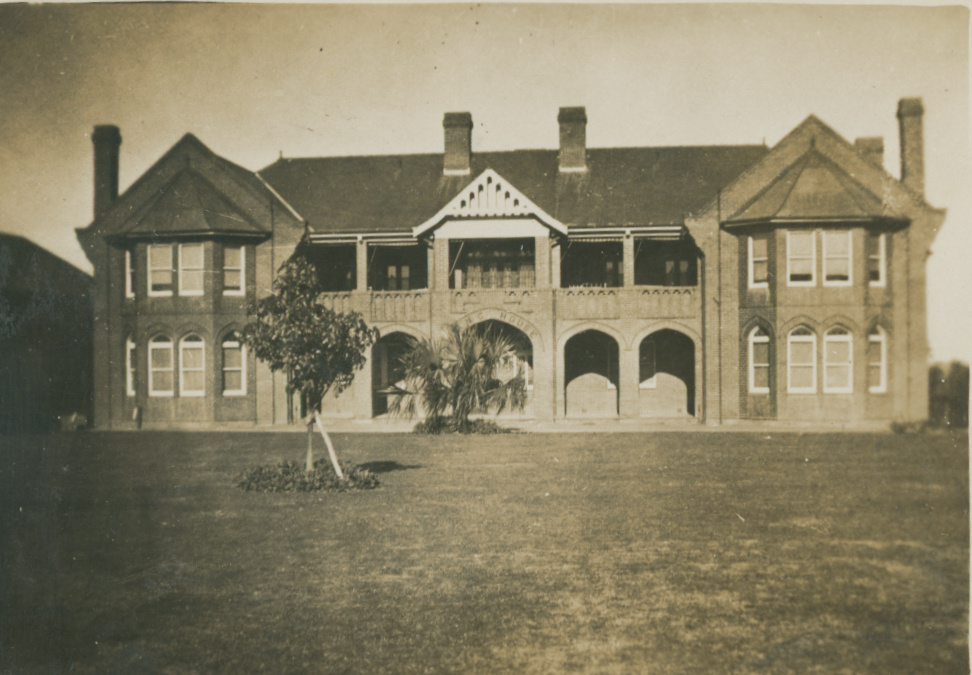 Marden and Lang Houses, originally known as First and Second House, had already been completed, as had the Colonnade building and Main Hall. The founding Principal was Dr John Marden, MA, LLD.

On 31 July 1919 the College was dedicated as the property of the Presbyterian Church of New South Wales “for the higher education of girls and their moral and religious upbringing”. Each year Commemoration Day is celebrated with a Chapel Service.

Following Dr Marden’s retirement in 1920, Miss G Gordon Everett MA was appointed Principal, followed by Miss Nancy Jobson, MBE, MA in 1922 and Miss Grace Mackintosh, MA in 1933. Goodlet House, named after Colonel John Hay Goodlet, one of the founders of Croydon and a member of the Site Selecting Committee for Pymble, was officially opened in 1926. 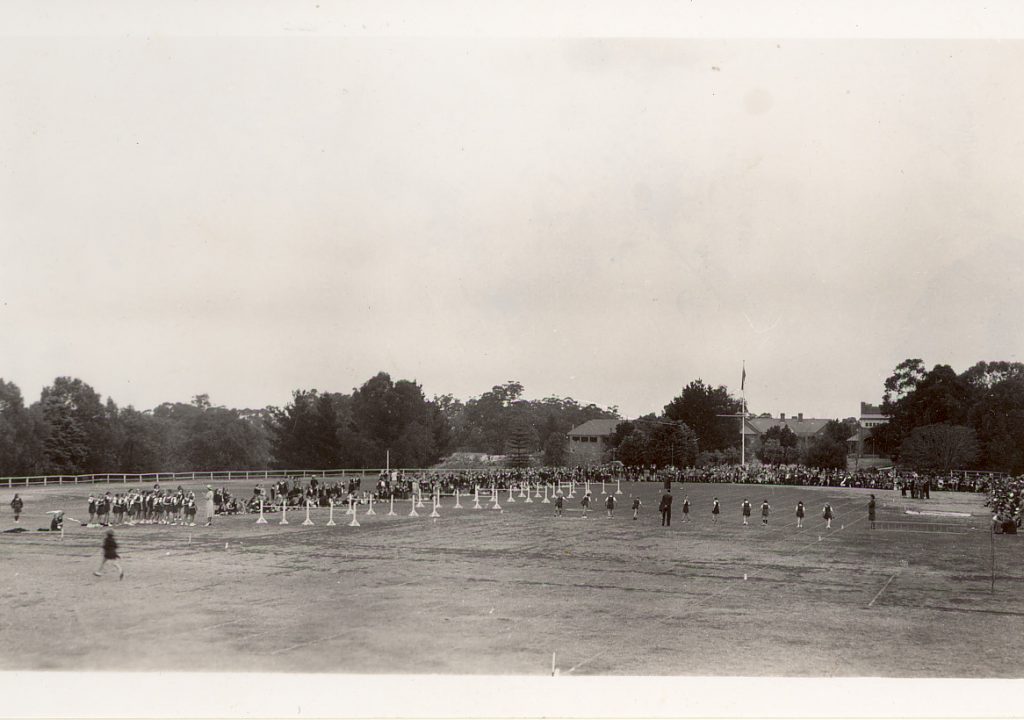 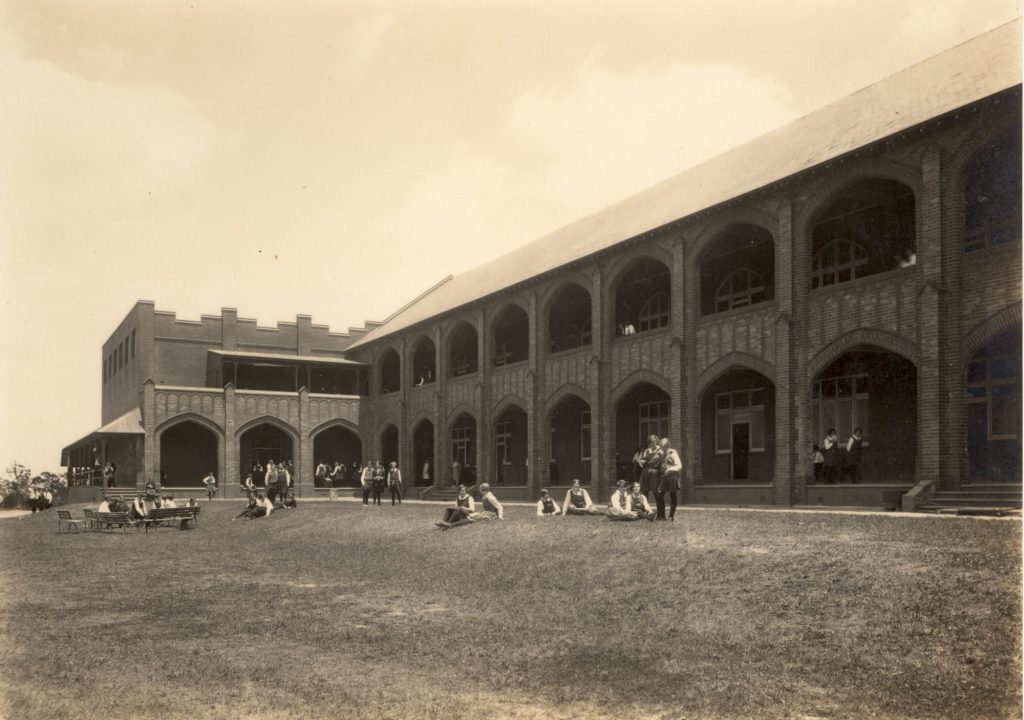 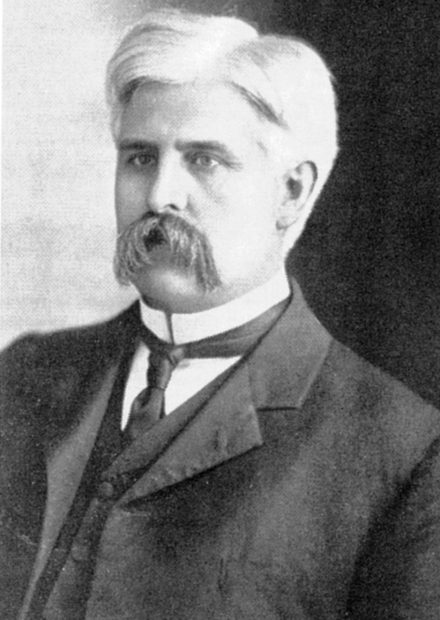 On 1 July 1936, an era which would span some 31 years began with the appointment of Miss Dorothy Knox, AM, OBE, MA, FACE as Principal. Enrolment was now 339 of whom 116 were boarders. On 21 April 1938 Gillespie-McIlrath House was opened. On 27 April 1956, the PLC Pymble War Memorial Chapel was opened, built above the McIlrath Library opened in 1953. The first morning Chapel service was held on 30 April. Enrolment was now 897 of whom 175 were boarders. The Chapel did not see the majority of its beautiful stained glass windows until almost 40 years after it was opened. The most notable windows are the ‘Getting of Wisdom’ window, located behind the Communion table and the ‘Robert MacArthur Commemorative Windows’ located in the gallery behind the pipe organ, both designed by David Saunders. Other windows designed by Pel Fesq have been progressively developed with the kind donations of Pymble families.

In 1959 the property known as ‘Ingleholme’, Turramurra, was purchased by the College Council to establish a second Preparatory and Junior School. In 1960 Ingleholme opened with 69 girls. Miss Janet Pettit was appointed Mistress-in-Charge. After the establishment of the Uniting Church in Australia in 1977, which saw the coming together of the Methodist Church, the Presbyterian Church and the Congregational Church, P.L.C. Pymble became Pymble Ladies’ College. During this time Ingleholme was sold. In 1963 Dorothy Knox House was officially opened.

Miss Knox retired in 1967, having seen the College grow enormously during her 31 years as Principal. In her last year, the new Vicars House was opened. 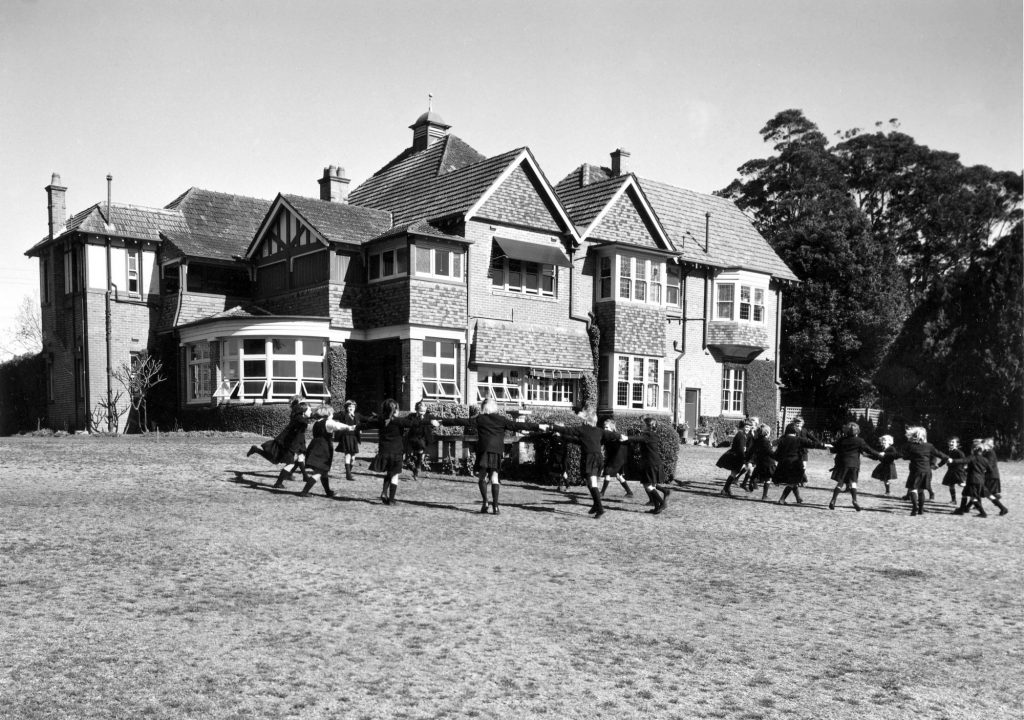 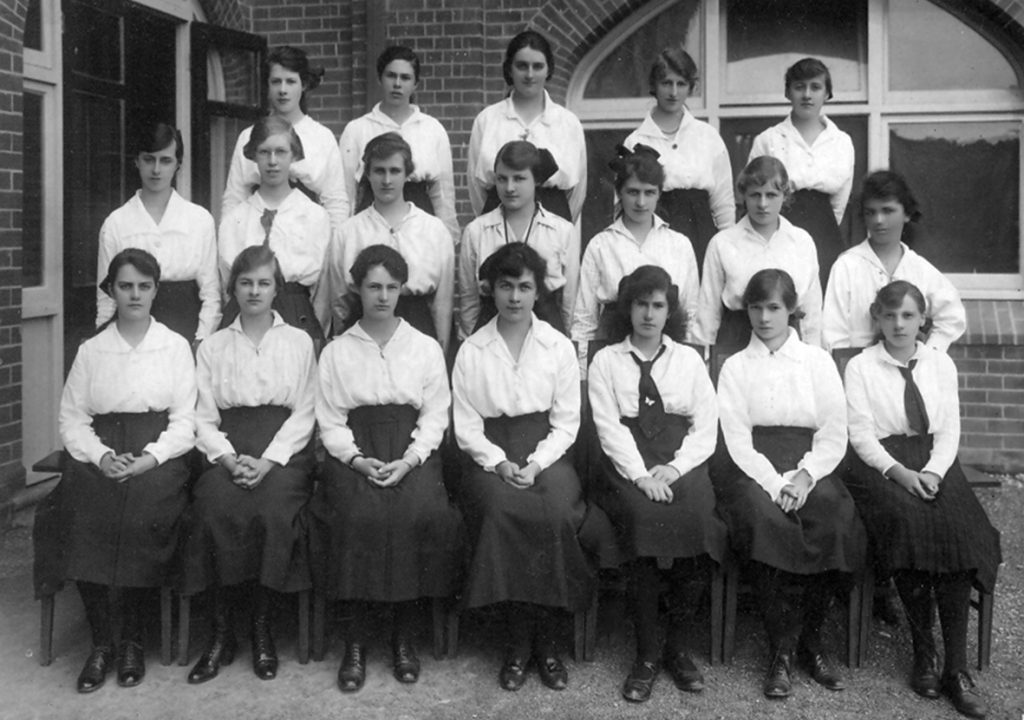 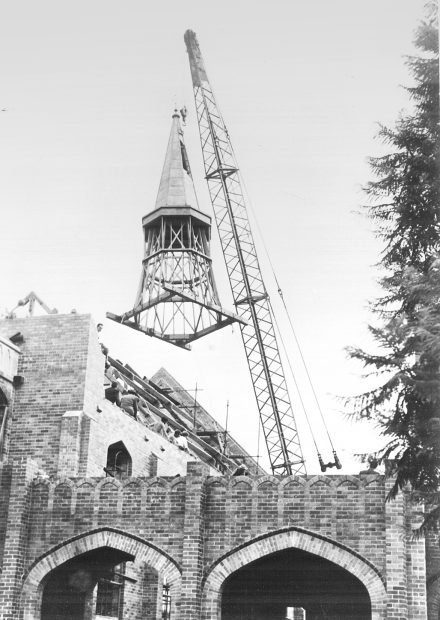 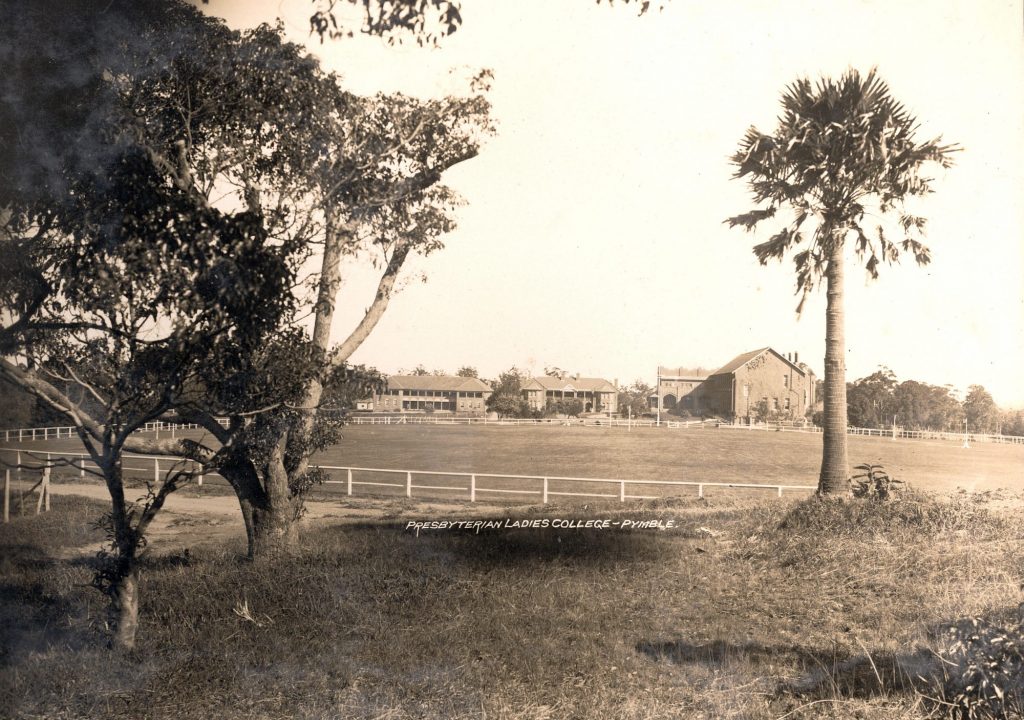 Miss Jeanette Buckham, AM, BA, DipEd, FACE, was appointed Principal in 1968 and became the second Principal to remain in excess of 20 years. During Miss Buckham’s period as Principal, the College saw the building of the Ferguson Building, the John Reid Building for the Junior School, the Isabel McKinney Harrison Library and the Jeanette Buckham Physical Education Centre. The College not only grew in student numbers, but also in the variety of opportunities available to ‘Pymble girls’. Miss Jeanette Buckham was honoured in 1989 when she became a member of the General Division of the Order of Australia (AM). Miss Buckham retired in March 1989 and was succeeded by Mrs Gillian Moore, MA, DipEd, TC, MACE, MACEL. Mrs Moore’s time as Principal saw an ambitious building program undertaken and, as a result, the David Blackwell Music School was opened in 1992, extensions to the Jeanette Buckham Physical Education Centre were opened in 1992 and the Science Centre opened in 1994. Extensions to the John Reid Building for the Junior School were completed in 1994.

In 1998 a Year 12 Common Room and a synthetic surface hockey field were completed. In 1999 the Technology and Applied Studies Centre was opened. In 2000 a new purpose built Preparatory School was opened. In 2001 the Conde Library and Isabel McKinney Harrison Centre were opened. In 2004 the Liane Tooth Field was opened. The Gillian Moore Centre for Performing Arts was opened in September 2005. Mrs Gillian Moore was honoured in 2007 when she became an officer of the General Division of the Order of Australia (A.O.). Mrs Moore retired in September 2007 and was succeeded by Mrs Vicki Waters MSchM, BEd, DipT, MACE, MACEL, GAICD. The Kate Mason Senior School Centre was opened in 2011.

In 2016, the College celebrated its Centenary.

The anniversary was celebrated throughout the year. Legacies in the form of the Centennial Princinct with the Braith Williams Aquatic and Fitness Centre, Centennial Walkway and artwork were created.  The Pymble girl sculpture was also unveiled and stands on the Flagpole Lawn, as a reminder of this significant milestone.

To mark 105 years since the foundation of Pymble Ladies’ College, College Archivist Enid O’Carroll has shared a piece of Pymble history in the Newsletter each week.

The research and much of the writing for the posts is thanks to the work of Heritage Archive volunteers Angelica Year 11 and Becca Year 10.

Take a look at each piece and read the story behind it.

Learn more about our College history 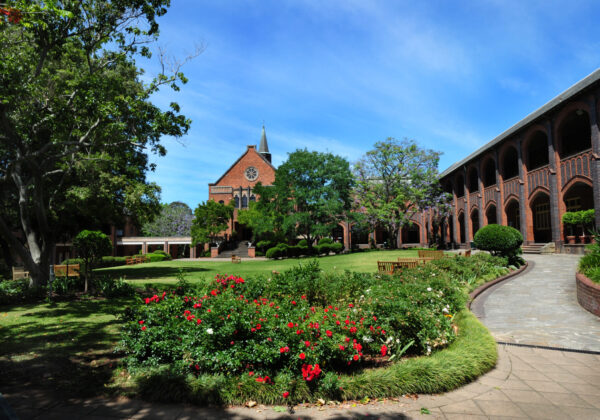 Our timeline from when we were founded on 8 February 1916. 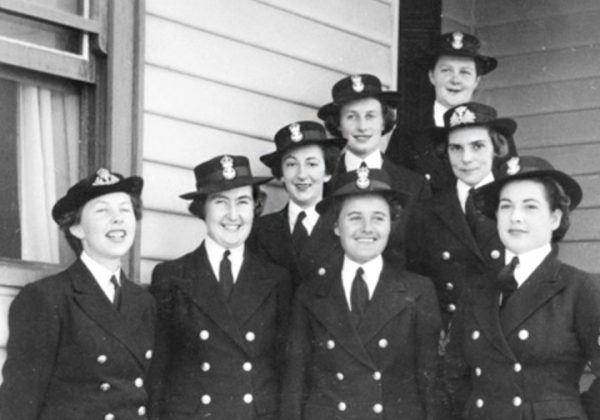 Biographies of our ex-students who served in WWII. 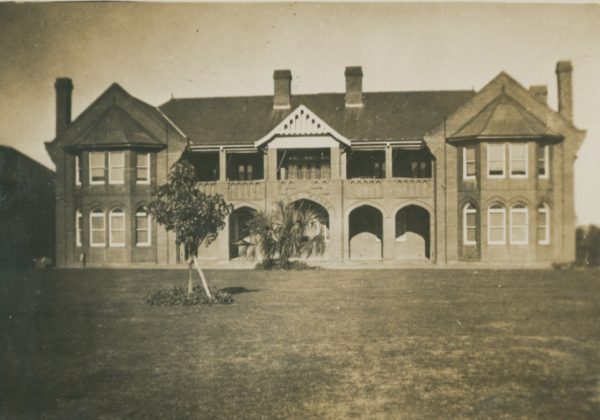 These videos featuring stories from members of the Pymble community, both past and present was released throughout 2015 in the lead up to our Centenary Celebrations in 2016. 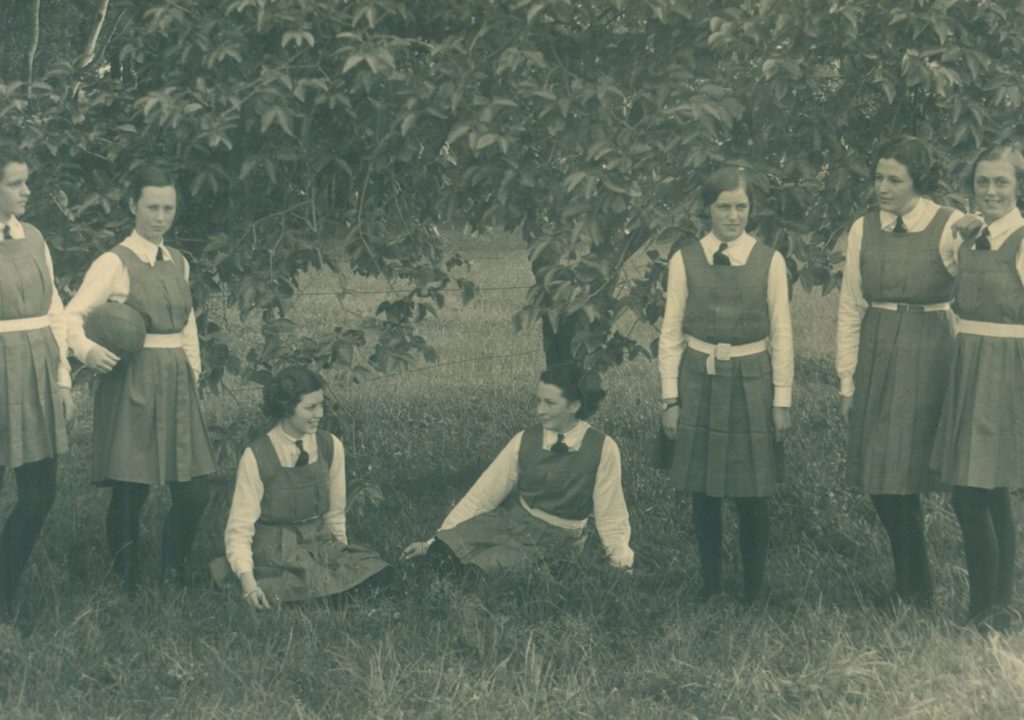 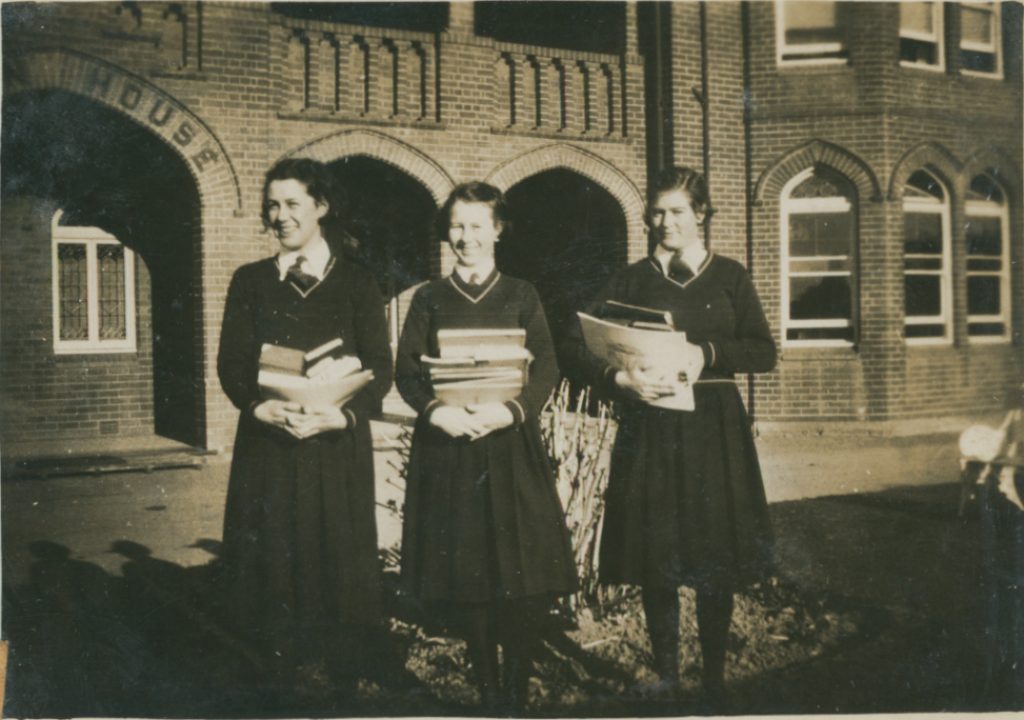